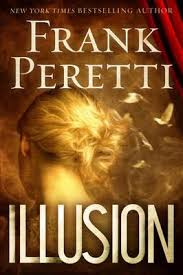 Dane and Mandy Collins have a popular magic act. In their late fifties, they plan to retire, but their plans are devastated by a fiery car wreck. Dane awakens in a hospital and learns that Mandy is dead. As he reflects on how they first met at a magic show, we see 19-year-old Mandy in a flashback…
Waiting to see a magic show, young Mandy falls asleep on a bench and abruptly awakes on the ground. She fell asleep in 1970; it is now 2010. She winds up in a mental hospital, diagnosed as a paranoid schizophrenic. Making her escape, she begins eking out a living by performing magic on the streets.
Dane is transfixed by her baffling illusions – and emotionally devastated by this 19-year-old who is in every respect identical to the young beauty he married. Together they must decide their future … and uncover the conspiracy behind their meeting, the strange supernatural bent to Mandy’s magic, and who is following them.